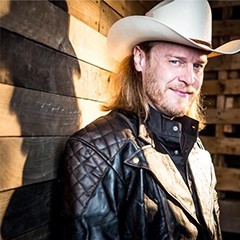 Rick Huckaby or “Huck” as he is often referred to, is a Nashville singer, songwriter and guitar player. His sound is unlike anyone in country music, combining influences as rare as Daryl Hall, Bonnie Raitt, Merle Haggard, Ronnie Millsap and Keith Whitley. Huck moved to Nashville in 1996 and in 1998 landed a dream gig as the acoustic guitar player for country music superstar Tracy Lawrence. In 2007 Huck and his brother Andy formed the independent record and publishing company Head Coach Music in honor of their father who passed away in 2006. Huck was finally able to release his debut album “Call Me Huck” (2008) which received significant critical acclaim as well as “Hittin’ My Stride” (2009) and “Pistols & Diamonds” (2013). While touring and promoting his music to radio, Huck wrote the Top 20 single “Muddy Water” for Trace Adkins and the Top 20 single for Thomas Rhett “Beer with Jesus”. Huck has penned over 30 songs for Tracy Lawrence as well as major album cuts for Craig Morgan, Frankie Ballard and many others. He also enjoys playing with is Nashville-based blues band, Big Shoes.