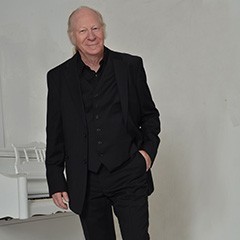 Being in the music business for his entire life, started playing piano at age 3 and first concert at 10), for Sandy Beach Cruises, Red puts together groups that involve all of his skills, talents and eclectic taste.

Three that Red does on Sandy Beach Cruise Red Young & His Hot Horns, Texas Red & His Can’t Hardly Playboys and Late Night Piano Bar. The first two on the Five O’clock Happy Hour Shows and the One am Late Night Shows.

In his Late Night Piano Bar (1am nightly), with Red on piano and various other musical friends, the music runs the gamet of Standards, Blues, Jazz and everything to anything in between and he may tell some stories of those he’s recorded and toured with too…